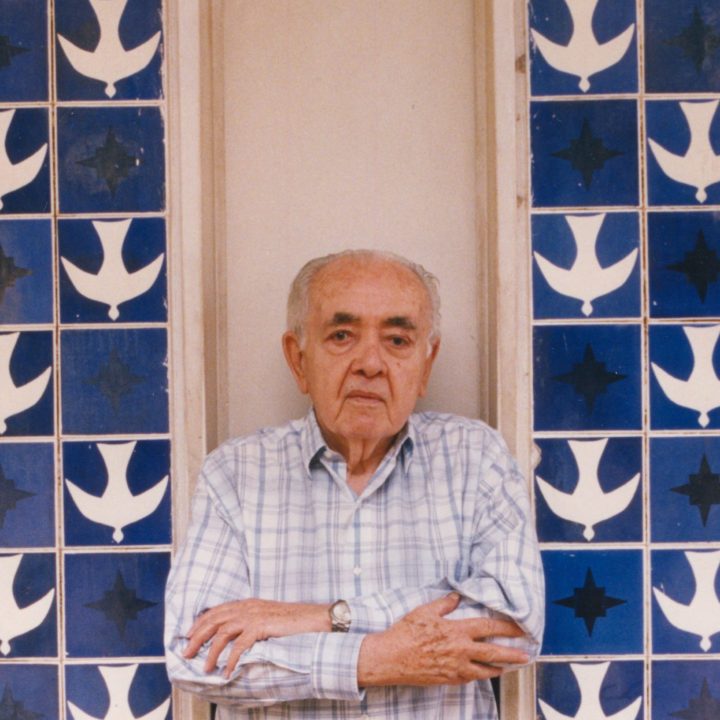 Posted at 20:50h in History, Inspiration by star tile 0 Comments

We at Star Tile love Athos!! Here’s to a beautiful soul and his vision for a colorful, rich modern world. -ed.

Athos was born in 1918 in Rio de Janeiro to a family that exposed him to art and culture, but encouraged him nonetheless to go to medical school. He ended up dropping out of school at age 21 to pursue art. His artistic legacy conveys a hopeful, colorful vision for modern art/architecture, its relation to the public, and Brazil itself.

Athos Bulcão was known as a very shy and timid character, but his work still speaks loudly on the walls of Brasilia (261 works in the capital alone!). He lost his mom to lung disease when he was five years old and was raised by his father and older brothers. When he first dropped out of medical school he decided to devote himself to painting, and became an assistant to Candido Portaini, one of Brazil’s most prominent painters. Under his master’s tutelage, Bulcão learned about form and colors.

But it wasn’t until he began collaborating with architect Oscar Niemeyer did Bulcão truly start becoming a legend. Enter 1958 – Bulcão moved to Brasilia to become one of the collaborators of the construction of Brazil’s new capital. While his counterpart Niemeyer designed the buildings, Bulcão designed the surfaces of the buildings – in tile, concrete, polychromatic wood and glass. They still, to this day, decorate the corridors of government buildings, and Athos is considered a Brazilian national treasure.

Bulcão had many revolutionary ideas about design: 1) that a single asymmetric design could be repeated and rotated, producing endless variation (we do that too – in a different way!) 2) that stark modernism needed / benefitted from adorning its surfaces with handmade color, pattern and texture, and 3) that art should be made public 4) that the best art was a product of hard work, not just inspiration. Actually, we believe in all of these things, and we salute the man who led the way.

Athos Bulcão’s art still stands in Brasilia, a city he helped create with his talent, vision, deep introversion, collaboration and unique hand. He died in 2008 at the age of 90, but his legacy carries on. If you haven’t been to Brasilia yet, it’s time to go. Send us your pics of Athos’ work! He was a true badass, a visionary, and a beautiful human being.