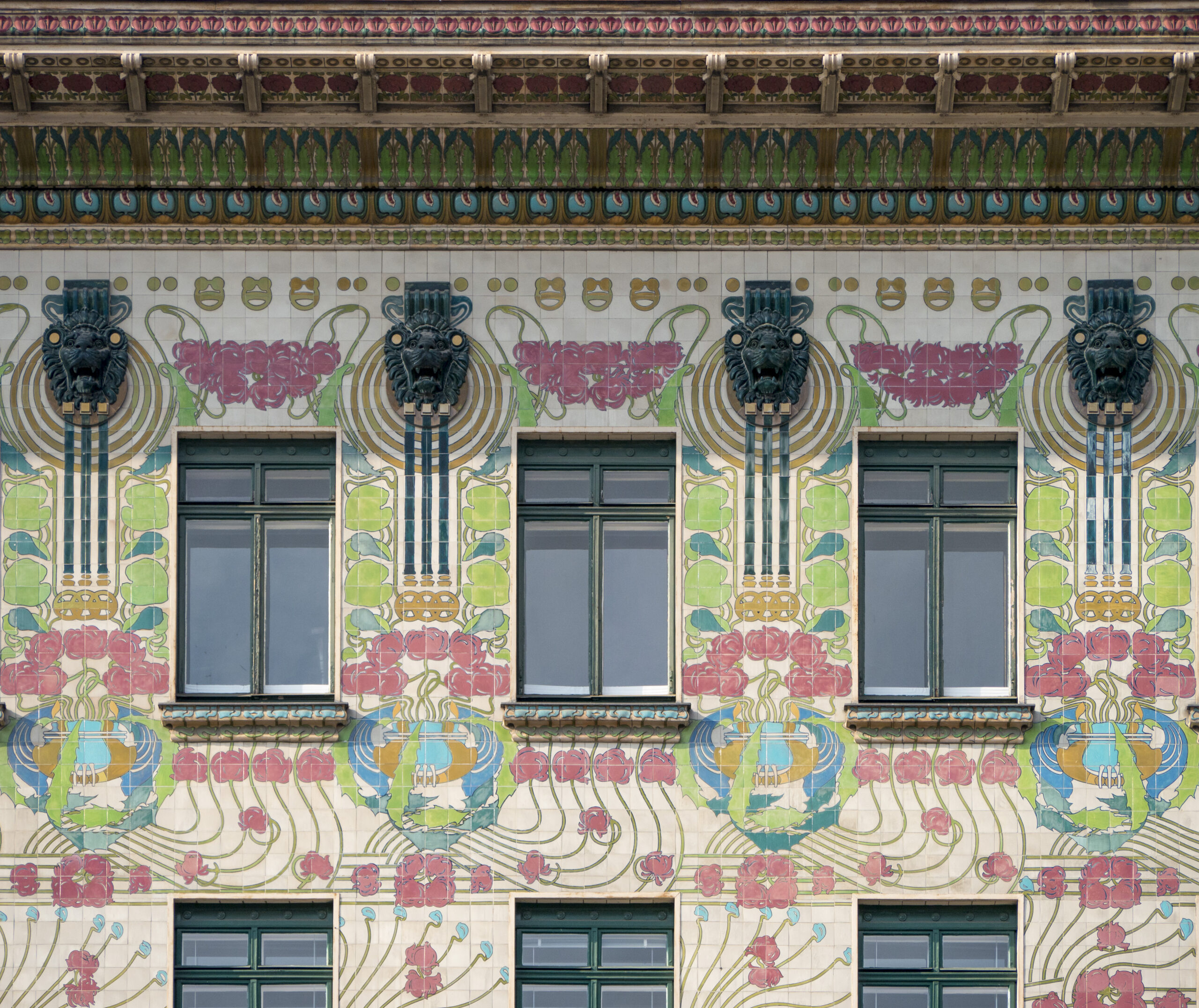 Posted at 20:25h in History, Inspiration by star tile 0 Comments

The Majolikahaus was constructed in Vienna in 1898 by architect Otto Wagner, a leading member of the Secession (Art Nouveau) movement. He is considered to be one of the predecessors to Modernism, and believed that buildings should be above all functional – that practicality created beauty. But that did not mean that he turned his back on ornament, and he believed that there should be no boundary between fine art and applied arts.

The Majolikahaus is covered entirely in glazed earthenware tiles, with colorful art nouveau designs by Wagner’s student, Alois Ludwig. Beneath the decoration is a regular, rationally planned building with a regular grid of windows.

The design starts in the center of the facade and grows symmetrically to the top level, where green leaves sprout between the uppermost windows. Above this are wrought iron downspouts in the form of animals, and a highly decorative cornice. The entire underside of the cornice is covered with tiles as well. The great advantage to cladding a building in tile is that it is easy to clean, and colors remain bright!

Wagner also designed the building next door, which has an almost identical grid of windows, but is finished in a more opulent style with gold ornament. To separate the Majolikahaus from the buildings on either side, he created a recessed portion at either side of the facade, so that the primary tile area would stand apart.

The interior is also filled with rich detail, set against a clean and modern background of soft white.

Otto Wagner taught at the Academy of Fine Arts in Vienna, and left a enormous legacy. His students include Josef Hoffman, Joseph Maria Olbrich, and Rudolf Schindler, who came to change the face of architecture in Los Angeles. Schindler claimed that “Modern Architecture began with Mackintosh in Scotland, Otto Wagner in Vienna, and Louis Sullivan in Chicago.”