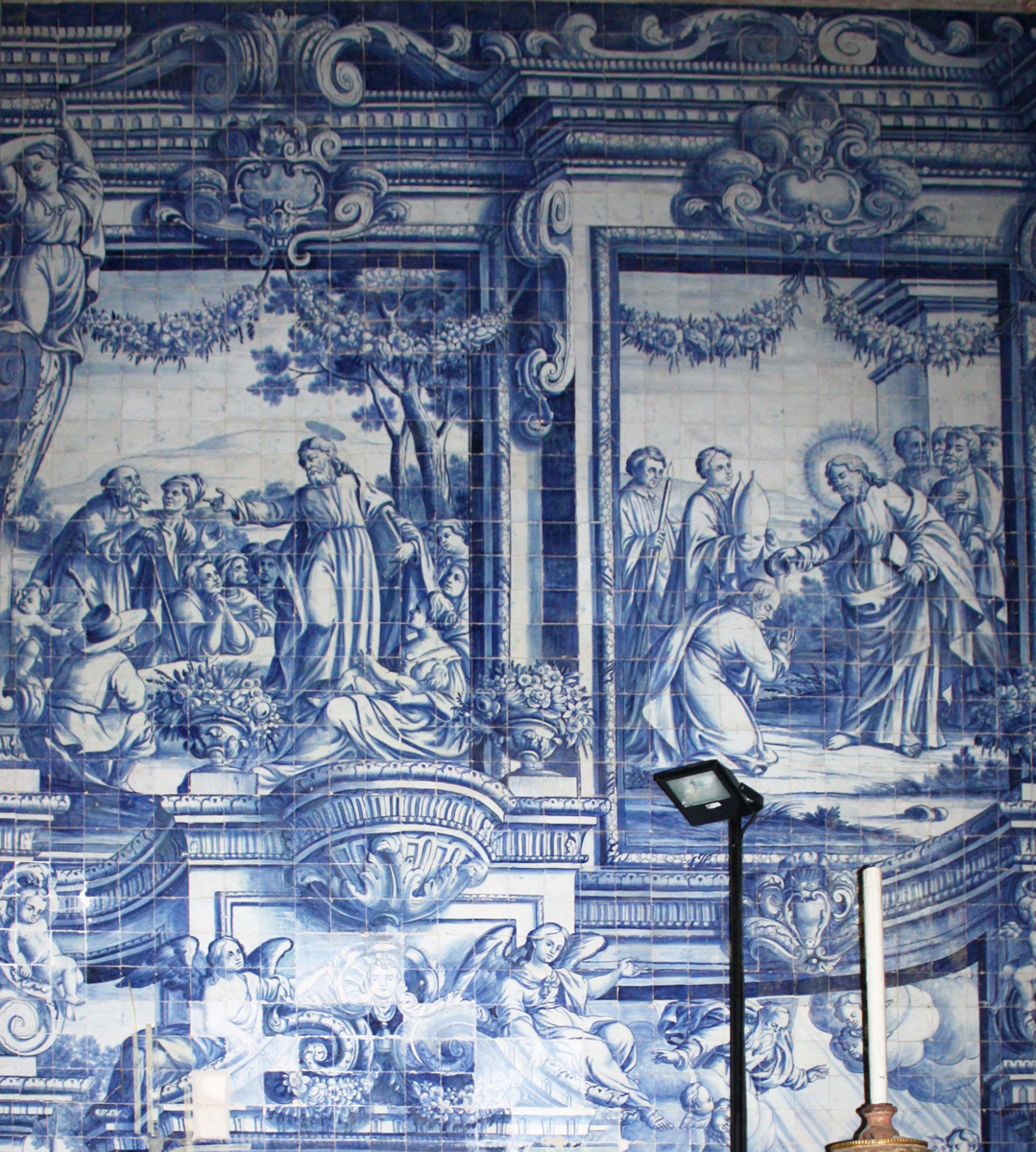 Posted at 17:58h in History, Random by star tile 0 Comments

What is Portugal known for? Off the tops of our heads, we think beaches, port wine, exquisite buildings and tile, known as azulejos.

Although you might assume “Azulejo” to be derived from “azul” (Portuguese for “blue”), it is actually Arabic in origin. It comes from az-zulayj, which roughly translates as “polished stone”. While they are not a Portuguese invention (the Egyptians started the whole glazed tile trend), they are used most consistently — and imaginatively! —  in Portugal.

Azulejos were introduced to the Iberian Peninsula in the 14th century and exploded in popularity in Portugal during the 17th and 18th centuries. The earliest versions were glazed in a single color, cut into geometric shapes and assembled to form geometric patterns. It was the adopted Moorish tradition of horor vacui – fear of empty spaces – that led to azulejos completely covering the walls.

This specific style of covering entire buildings is from the 18th Century, known as the Cycle of the Masters. Smaller repetetive patterns gave way to baroque / rococo murals which covered ENTIRE surfaces – protecting buildings from heat, water and earthquake damage.

If you see these blue and white murals, you will know that you are looking at 18th century work – before the U.S. was even a country.