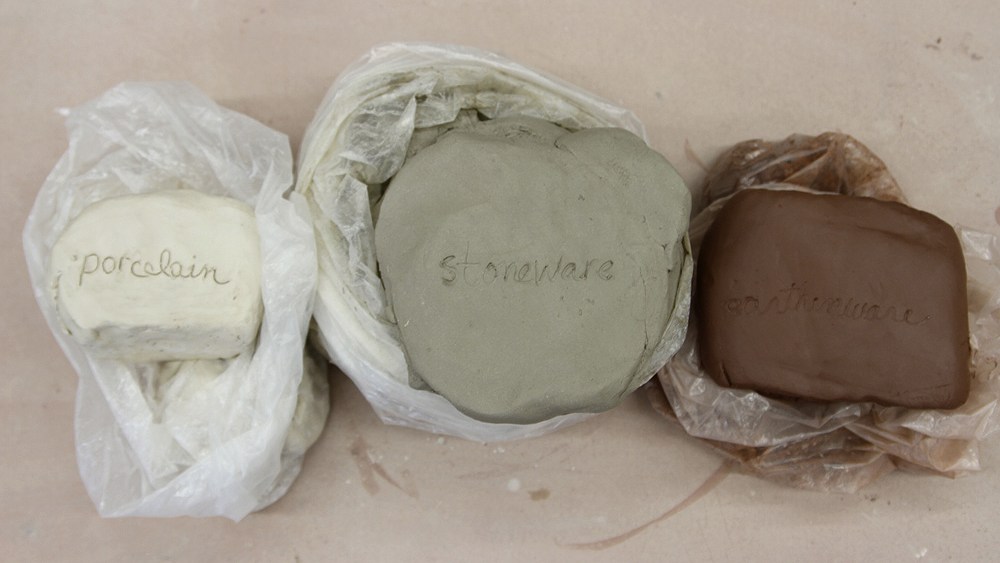 Posted at 08:20h in History, Random by star tile 0 Comments

There are many types of clay in the world, but they can be put into three general categories – porcelain, stoneware and earthenware.  The differences between the types are the ingredients/contents of each, the physical properties, and the firing temperature.

Porcelain clay is typically considered the “finest” clay, and it is often pure white because of its large percentage of kaolin, a mineral originally found in China.  It must be fired at the highest kiln temperature (up to 2345F) , making it impervious to water.  During firing, if the temperature is hot enough, the clay vitrifies, which means that it turns into glass and the pores in it close.  Porcelain has a reputation for being delicate and difficult to work with – it doesn’t have the plasticity of other types of clay.  But due to its fine texture, porcelain pottery can be extremely thin, almost to the point of being translucent.  Because of the technical challenges with forming and correctly firing the material, porcelain has only been in production since the 1700s.

Stoneware also contains kaolin, but it is mixed with other minerals, giving it a coarser texture and darker color.  It is also fired to a slightly lower temperature, known as mid-fire – 2232F.  The addition of other materials makes the clay easier to work with, and the end result is still a vitrified clay, meaning that it is impervious to water.  It is known as the strongest type of pottery, which is why we use it for all of our tile. 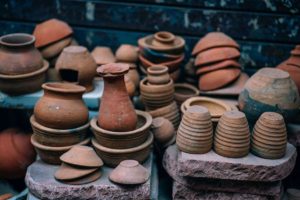 Earthenware is literally made from earth, and it is the earliest form of pottery.  It is used in everything from building bricks to vessels, and can be fired in kilns or pits in the earth.  Earthenware dates back to 29,000 BC and must be glazed to be waterproof, since it remains porous through firing – kiln temperatures can range between 1740F-1920F .  It is easy to mold and shape by hand or with tools, and it is often soft enough to be scratched with a knife.

Terracotta (literally cooked earth) is a type of earthenware. 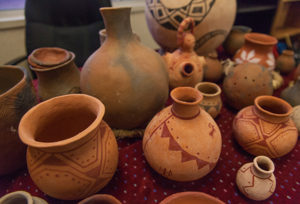